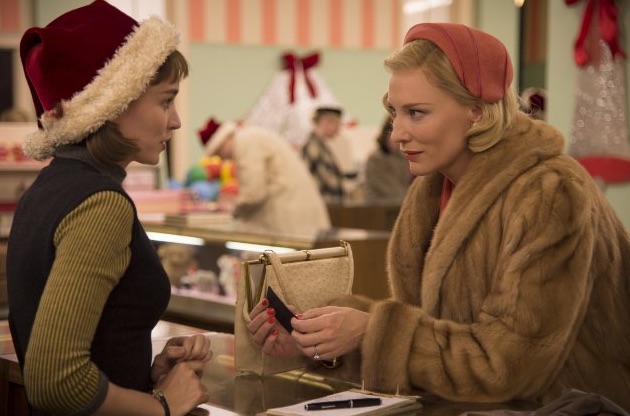 More that 60 years ago novelist Patricia Highsmith wrote a controversial book about a relationship between two women in New York City in the late 1940s. The book’s title was The Price of Salt, and the author used a pseudonym due to the story’s content. Finally, after a long battle by one of the author’s friends, the book has been adapted for the big screen into a film called Carol.

That friend is screenwriter Phyllis Nagy. She first met Highsmith — who died in 1995 — several years prior while working at the New York Times. The two kept in touch via letters as Highsmith lived in Europe and then Nagy later moved to London.

During there long friendship, Nagy avoided reading the novel until the year Highsmith died. Then, when Nagy was given the chance to adapt the book, she knew she was the right person to do so. And why did it take so long to get produced? “The real reason,” says Nagy, “Is because it’s a film driven by women… The two leads were women and the third lead arguably a woman.”

ScreenwritingU sat down with Nagy to discuss her relationship with Highsmith, the book and how to adapt a novel several decades after its publication.