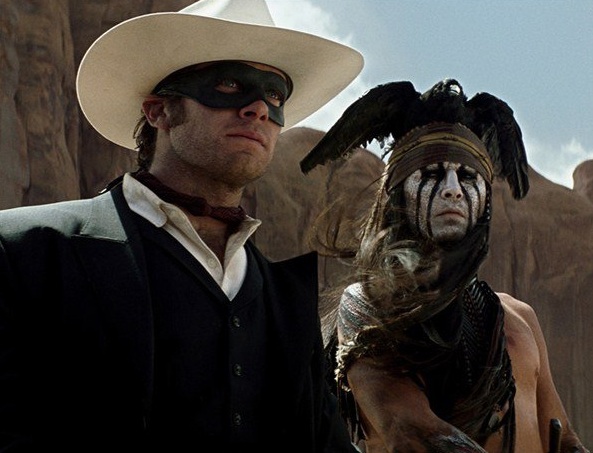 How does a screenwriter in Hollywood approach the challenge of bringing one of the most beloved characters of the Old West to the silver screen when legendary Pirates of the Caribbean producer Jerry Bruckheimer and director Gore Verbinski ask you to write the script?

“The way to approach this was to not be overly precious or careful about it, not to try to do the definitive version that had been done before,” said Haythe on his strategy of mapping out the story and characters for The Lone Ranger. Everybody gets that “up-in-the-middle-of-the-night-have-I-got-it-all-wrong? feeling,” the novelist-turned-screenwriter described.

So how do you fight that nervous feeling? “Stay in the craft. Stay in constant pursuit of how much better it can be,” says Haythe. Working with the fabulous actor Johnny Depp doesn’t hurt either.

Haythe described collaborating with one of the most recognizable actors in the world. “Johnny is a fascinating actor to me, because I think he really deals on that archetypal level that children around the world respond to, and people the world around respond to him and adore him. It has nothing to do with celebrity but the level he’s communicating at.”

The worst thing Haythe could have done, he said, was to write Depp’s Jack Sparrow character from Pirates of the Caribbean into The Lone Ranger. “That would be my worst nightmare,” he said. “It needed to be something quite different. But when you’re as familiar with an actor as I am with Johnny, there’s a danger of writing him into similar places.”

ScreenwritingU sat down with Haythe to find out how he created a new iconic character for Johnny Depp, wrote about the most famous cowboy of all time and kept the action sequences – you’ll be amazed at all the train, horse and chase work – in check.