How To Create Alternative TV

How To Create Alternative TV

Have you ever thought about creating a reality TV series? There are so many formats that creators can design around like:

Day 2.  Connecting To The Viewer

Day 3.  Working With The Formats:  Building A Clock

Day 4.  The Marketplace:  Finding A Home For Your Idea

Day 6.  Loglines, The Deck and Making a Sizzle

Day 10.  Talent:  From Hosts to Housewives, Where Do They Find These People?

Day 11. Your Plan For Marketing Your TV Project! 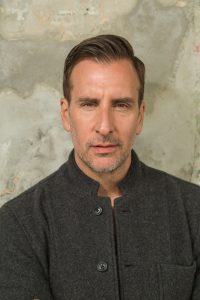 Brian Unger started his career in reality TV as a producer of real things — at CBS News headquarters in New York.

He went on to become a founding producer and correspondent for The Daily Show at Comedy Central. He later went on to produce and host series for Discovery, History, H2, Travel Channel, National Geographic, and directed series for HGTV.

He has developed series and pilots for Comedy Central, FOX, MTV, and IFC. As a host and commentator he has worked for FOX, CNN, MSNBC, NPR, PBS, NFL, andTelePictures.