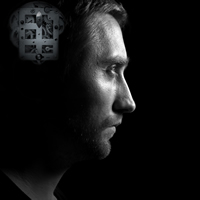 How dramatic are your lead characters?

Four years ago, I gave a lady feedback on her first 3 pages with the agreement that I could use it as an example.  It was a great decision because it uncovered an extremely important principle…

…Your lead characters need to be DESIGNED to create drama!

Before she sent me the script, the writer launched into how much she loved her main character and how I couldn't possibly get the true value of the character out of three pages.  She wanted me to experience ALL of the drama that happened to her lead character, which is a reasonable request, but something about it bothered me.

I asked her to email me her lead character's profile, also.  Here is what she emailed me:

DESCRIPTION:  JERRY is a strong farmer turned coach who would never harm a flea.

SUBTEXT:  Jerry has always wanted to travel, but never complains about it.

The story is about a small town football team who ended up playing in a nation-wide football contest.  It is a Hoosiers for football — except that it didn't have the coach who was kicked out of the college league for hitting a player or the alcoholic father who embarrasses his kid or the sister who won't let the star player play for the team or the town who hates the coach.

In fact, it didn't have ANY CONFLICT AT ALL.

Now, look back at the profile of Jerry.  DO YOU SEE ANY DRAMA springing from that character?

For drama to happen around this character, it would have to happen TO THIS CHARACTER.  In reality, Jerry is a parasite for this story instead of a character who generates an amazing story.  He is a passive character that should be a low level supporting character…at best.

IMPORTANT:  You want LEAD CHARACTERS that bring drama to the story.  Even if they are reluctant at first, there's something about these characters that INSTIGATES or naturally causes some kind of conflict.

KEY POINT:  If you create dull characters, they'll say dull things and take dull actions.  But if you create characters that naturally cause drama, interesting action and dialogue will spring up throughout your screenplay.

For this example, I'm going to take the Jerry character down one path.  When I worked with the writer, we went down multiple paths, that each had Jerry be dramatic in different ways.

Also, remember, I'm only focusing on making this character more dramatic.  There are many other things that could be done to make the lead be the perfect person for us to follow throughout this story (see those in the Pushing The Envelope class), but let's start with increasing the drama.

Here is a partial profile for our new Jerry:

DESCRIPTION:  JERRY is a farmer/coach who is trying hard to control his
violent rages.

SUBTEXT:  Jerry is using farming to cover his fugitive status from an
argument that turned into a homicide.

Just notice what that did for the drama.  Instead of this sweet coach who couldn't bring drama to the high school theater group, we have a guy who has violent rages, who can be vicious, and who is hiding a very dark secret.

The more successful his football team becomes, the more the risk that Jerry will be identified and arrested.  But he loves the kids he's coaching and is going to have to decide between giving them his all, risking arrest, versus hiding out and ending their chance of becoming great.  That gives him an emotional dilemma that will run throughout the story.

And someone is watching him — someone who suspects that Jerry may be the fugitive.  At some point, his past will catch up with him and that will give us an emotional and violent climax.

Now, look at the "before and after" profiles of Jerry .  Which of the two Jerry profiles will be easier to create dramatic scenes with?   Which profile will naturally create more unique scenes?  Which will naturally have more interesting dialogue?

Are you seeing this, yet?

All I did was give Jerry one interesting trait and some subtext.  I didn't really create anything new in the description.  It was simply a combination of the vicious trait and Jerry's need to cover his fugitive status.

BTW, we could do the same thing to make Jerry more humorous, more afraid, more outgoing, more conflicted, more insane, or any other outcome you choose.

This is just a matter of knowing the vision of the story and having the character fulfill that vision in the most interesting and dramatic way.  So you create different versions of Jerry until you find one that fulfills all three criteria listed above.

Learn the MAXIMUM ENTERTAINMENT model that had the TV show LOST be the #1 show on TV for five years running.

1.  Get to the Essence of whatever you write.
2.  Tell the story through Inherently Dramatic Characters.
3.  Put those characters in Challenging Situations.
3.  Write each scene through Maximum Interest.

This profound model can double the quality of your writing and turn any script into a page-turner.